What do I need to write in order to have an analysis done?

Use only a ball point pen (no felt tips or pencils) on unlined paper.  Content not important and specimen should be cursive writing only.  Please provide one page minimum for the Personality Profile and 3-5 pages for the General or Compatibility Reports.  The writing should be done at different times, as traits can be temporary.  Please scan the writing and email to sandy@insightful assistance.com.

It is a scientific method of assessment based on research that was conducted over a period of more than fifty years.  It has been scientifically investigated by a large number of academic researchers who have found conclusive evidence of the relationship between certain writing traits and personality characteristics.  Like fingerprints, there are no two handprints alike.  A team of statistical researchers and psychologists at the International Graphoanalysis Society conduct validation and research studies on an on-going basis.

What does handwriting reveal?

It is a valuable tool aid in any area where knowledge of personality is important.  It is widely used in interpersonal relationships, education, guidance counseling, personnel and employment areas, the court system and business management.  It is used by people in all walks of life including, doctors, attorneys, ministers, police officers, executives, husbands, wives, parents, teachers, counselors and individuals, to better understand their subjects.  In short, it is a psychological tool useful in every field of human relations.

What is the difference between Graphology and Graphoanalysis?

Graphology is the generic term for all forms and systems of handwriting analysis.

Graphoanalysis is a trademarked term that applies only to the system taught by the International Graphoanalysis Society (IGAS).  It is the only system of handwriting analysis that can produce any scientific validation data, the only one sponsored by a worldwide organization, and the only one whose practitioners are required to abide by a code of ethical practice.

What types of things would an analyst look at in the writing?

What is the advantage of this form of personality assessment over all the others currently in use?

What doesn't Graphoanalysis do or associate with?

Graphoanalysis has no kinship with pseudo-sciences such as astrology, numerology, palmistry or the supernatural.  It does not predict the future nor tell fortunes.  It does not attempt to diagnose sickness - it steers clear of medicine.  Furthermore, it does not distinguish between the sexes nor estimate ages.

How does one become certified?

In order to practice Graphoanalysis ethically and professionally, a student must complete the General Course offered by IGAS and be certified.  Additional information can be found at http://www.igas.com.​

This information is not intended as medical advice and should not be used for medical diagnosis or treatment. Information given to you on this site or in any session obtained on this site is not intended to create any physician-patient relationship, nor should it be considered a replacement for consultation with a healthcare professional. If you have questions or concerns about your health, please contact your healthcare provider.  Your personal information will never be shared with anyone. We make no claims as to healing or recovery from any illness. This information is offered as a service and is not meant to replace any medical treatment. No guarantee is made towards validity.

Let your body heal itself! 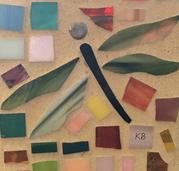